If you’ve read our previous posts, you’d know we have a pair of Douchebag Brothers – Amir Obeid, who expressed his dislike of non-Muslim Americans and who allegedly married a woman who wanted to marry his older brother, and was playing mind games on this individual, and his lying, cheating brother Rasheed Obeid, who has been married twice, and has allegedly cheated on both of his wives.

Now both of these clowns are engaging in damage control and spinning these allegations – which are all backed up by their own words in chats and emails or by their own friends or ex-wives – they claim now that it’s slander – and worse, they accuse the victim of being violent, yet at the same time the victim has never made threats: 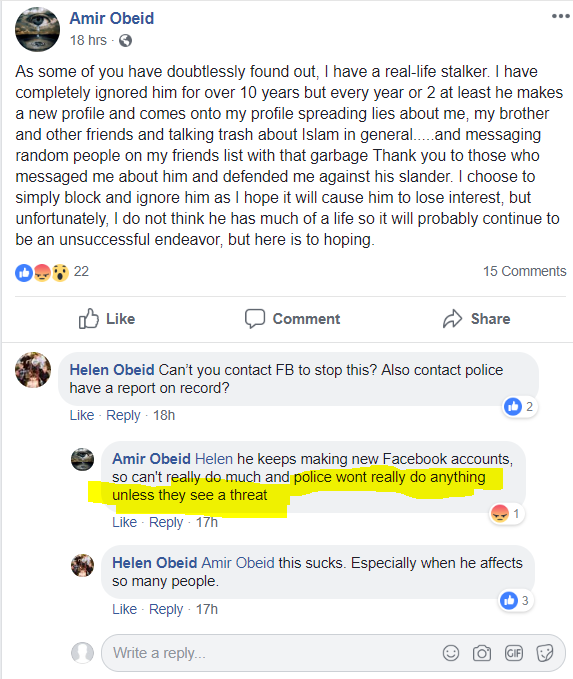 Above you see they are talking about getting the police involved, but there is no threat. Moreover, how insulting is it to see Amir talk about Americans in the way he did in 2007 – and at the same time then call this all slander and try to get the police to silence the victim.

Amir should realize that this is not Saudi Arabia – this is free speech. And if it were slander, it has to be false information – information that we can back up with chats and emails. 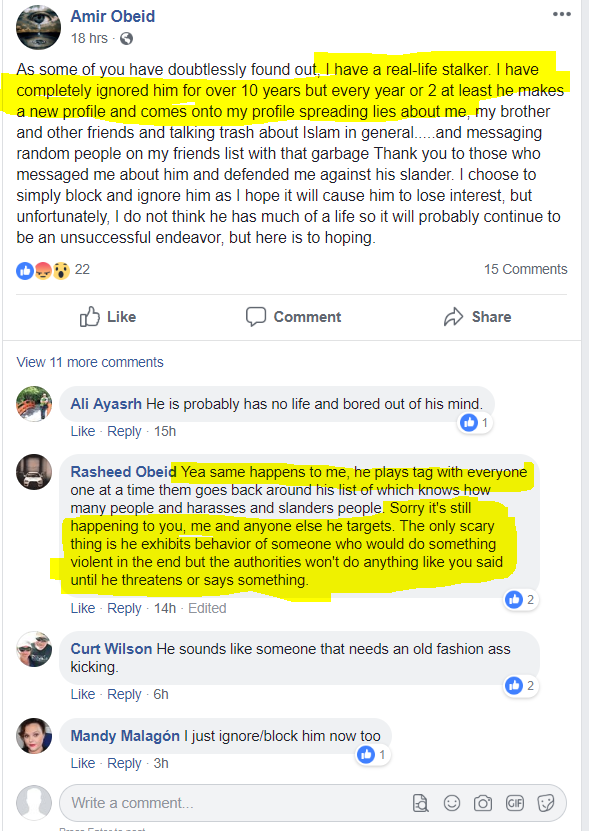 And above, Rasheed Obeid takes it further by alleging the victim is violent – except the victim has never been violent, has no history of violence, and has made no threats.

Then right after that, their friend talks about kicking his ass, and then a couple of people like it. Who are the ones advocating for violence here again?

And the two people who like it? The Obeid Brothers. 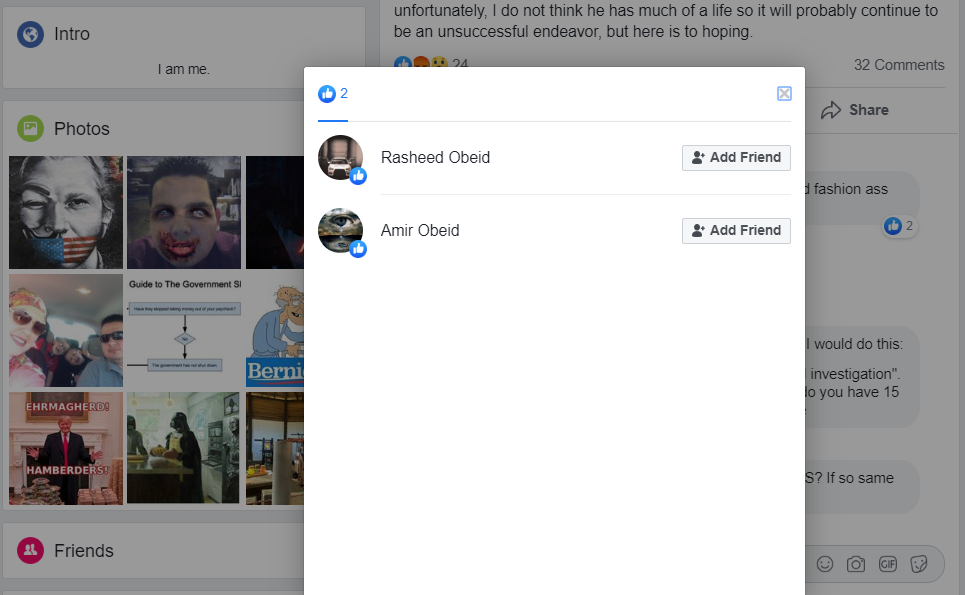 What a bunch of manipulative little Douchebags the Obeid Brothers are.