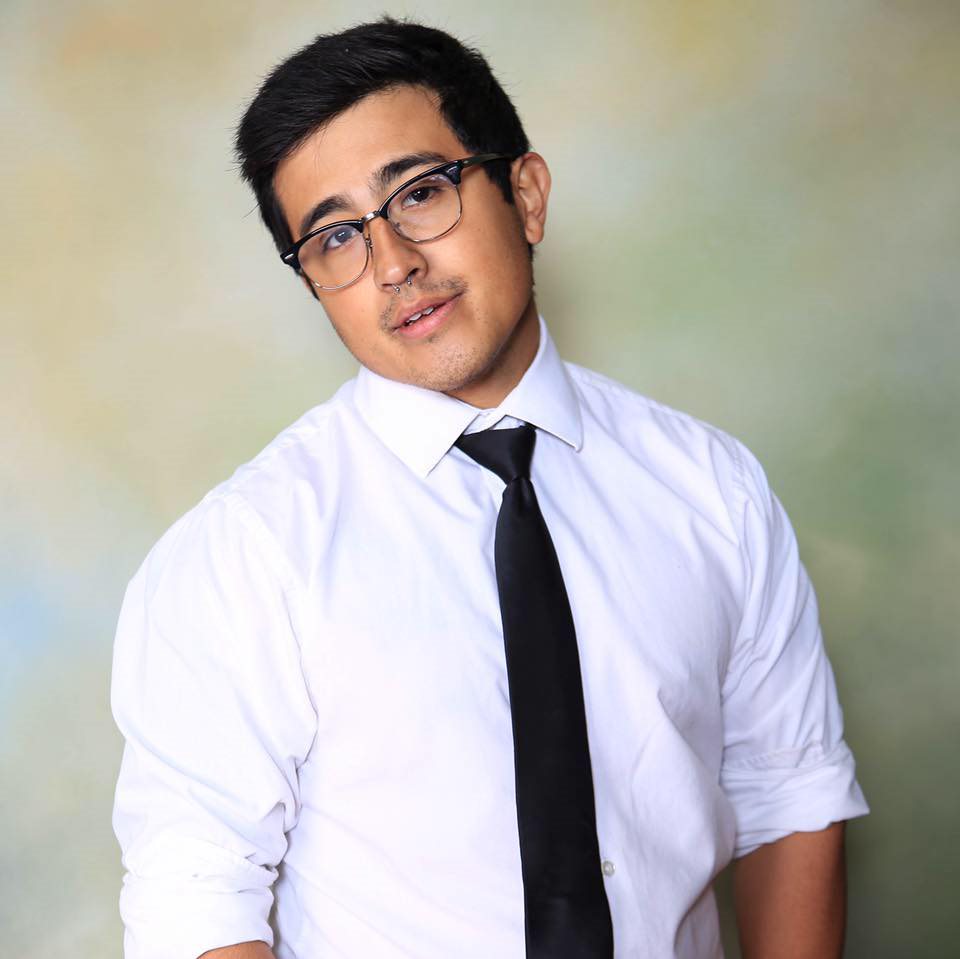 Sean Fonseca used to work at La Mirage Night Club, we are not sure what he did there, but here is a review in which he makes some of the dumbest remarks to a reviewer as he tries to cover for “security” at this allegedly trashy 18+ night club: 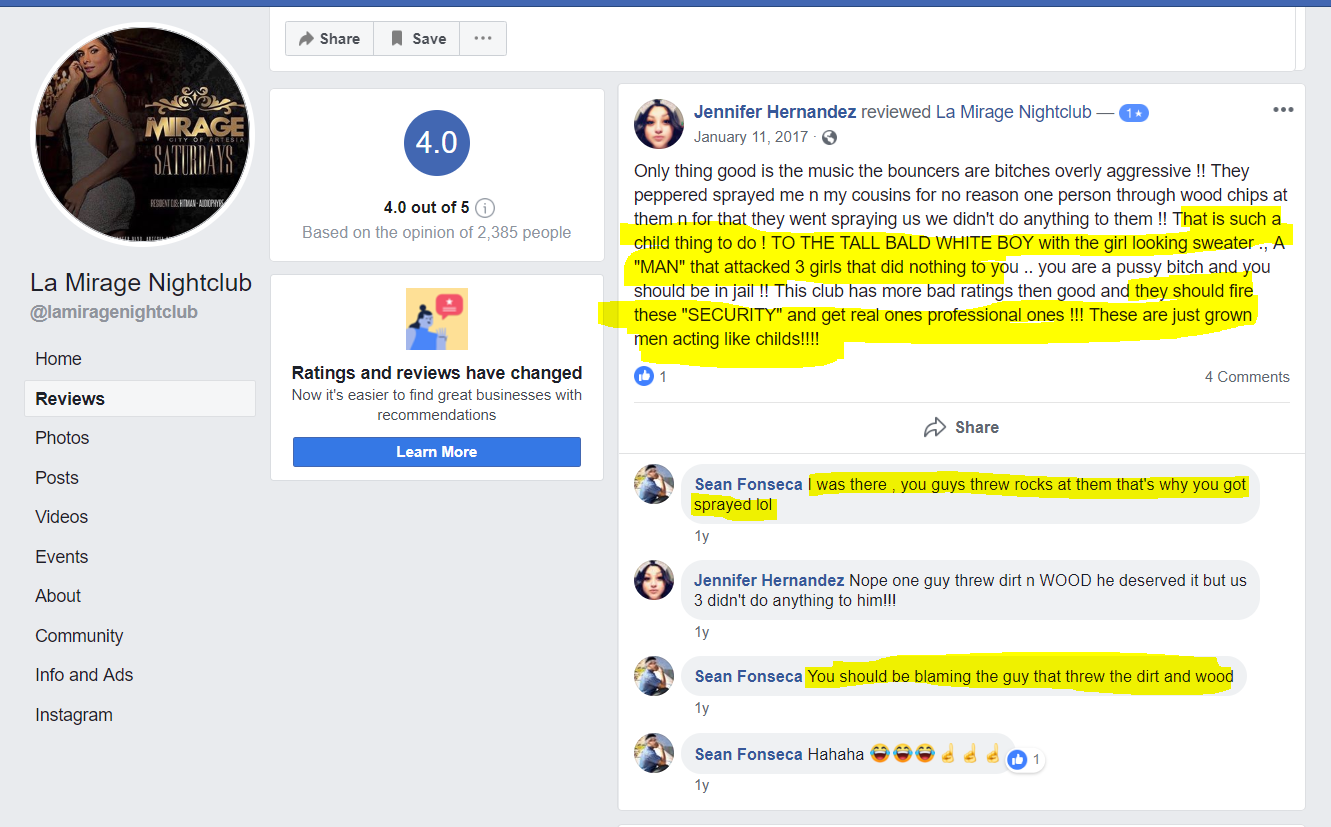 Sean Fonseca used to be a co-worker of Rani Altinawi, who thought a sexual assault was the funniest thing ever.

Well here are a few messages where Sean Fonseca decided to take part in “the fun”: 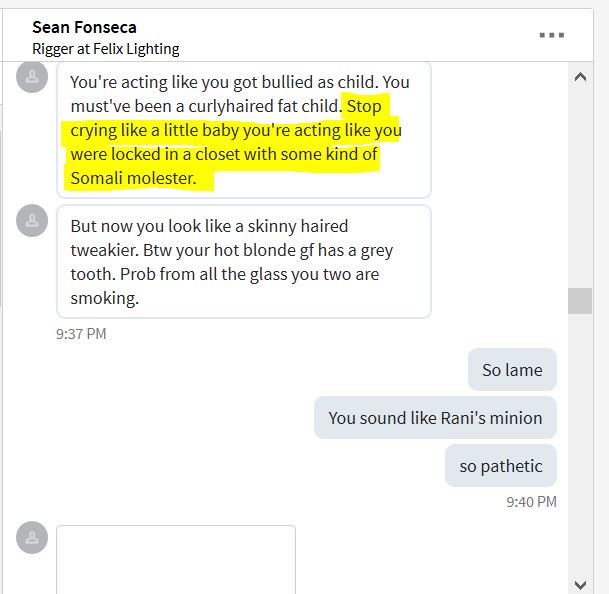 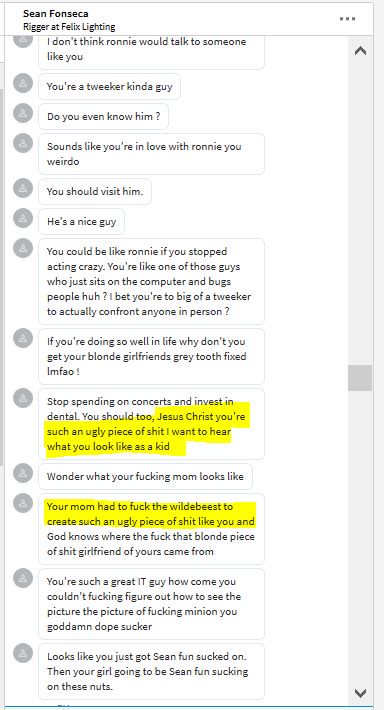 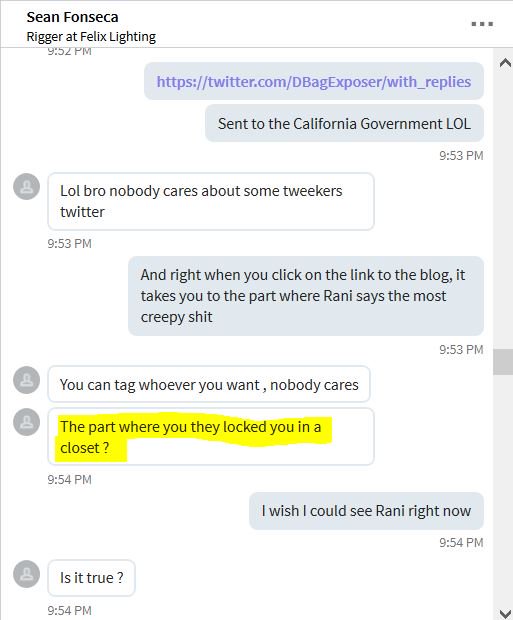 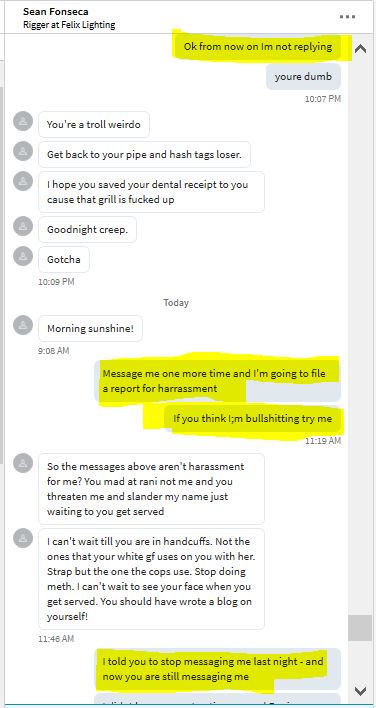